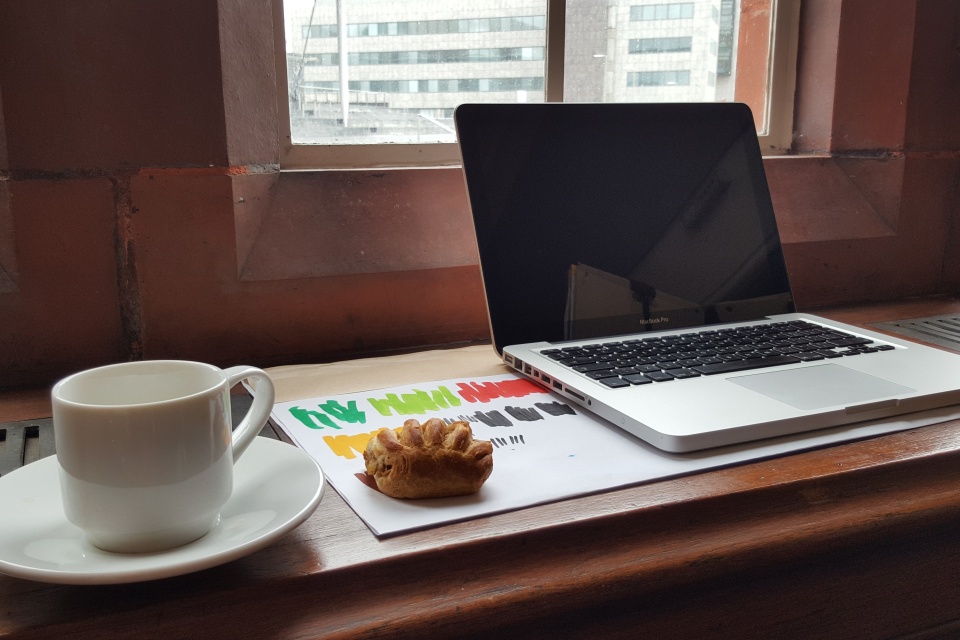 Last weekend I was part of a team that went to Cardiff to cover the fourth Open Data Camp. Two ‘drawnalists’ (from drawnalism.com) captured the event in pictures, while I helped Adam Tinworth (from one man and his blog) to live-blog the sessions.

Open Data Camp is a two-day event that brings together organisations committed to releasing information as open data and developers that want to use it in products of various kinds (anyone for a ‘Pokemon for Trees’ in Bristol?)

Its fourth iteration had more than 125 delegates on the first day and more than 100 on the second, and they pitched more than 30 sessions to what is an ‘unconference’ (delegates propose sessions, decide what to go to, speak up if they have something to say, and move on if something isn’t working out for them).

So the job… work out what is going on, agree with the organisers what to cover, dash along to a session, accurately capture what is being said or debated, turn that into a coherent report at the same time, be done and dusted by the end of the session or very shortly after that, load the post with drawnalism capture, Tweet, and get off to the next one…

It’s a lot of skill. I noted after the same team covered Open Data Camp 3 in Bristol that my Crown Court reporting experience comes in very handy. In court, I’d listen to one case while writing out enough of another to be able to ‘read’ a story to copy-takers during a break (full stop, new par…).

Now, copy is posted electronically; but you still need to be able to listen out for the points that are going to engage your audience, get them down accurately, capture quotes, shape-up a story on the run, and be ready to help colleagues (once snappers, now drawnalists) with supporting images.

Plus, of course, you need digital dexterity (Tweet and keep on Tweeting). And with just a half hour break, it helps not to need too much by way of lunch, as well!

Still, it’s an engaging challenge; and we got some almost embarrassingly good feedback on the #odcamp hashtag on Twitter. The very, very live-blog is at odcamp.org.uk: and there’s more about Drawnalism and what its artists got up to on drawnalism.com.